Start this Hollywood and Vine tour at the stunning Pantages Theater, before taking a stroll back through Hollywood history (via the Amoeba Music Store) to some of the oldest studios in Los Angeles, where film making began here. Also check here as you do the tour, to discover the locations of some famous movies which were filmed in the area.

LOOKING FOR A GUIDED TOUR OF HOLLYWOOD?

CLICK HERE TO LEARN ABOUT OUR GUIDED HOLLYWOOD TOUR! 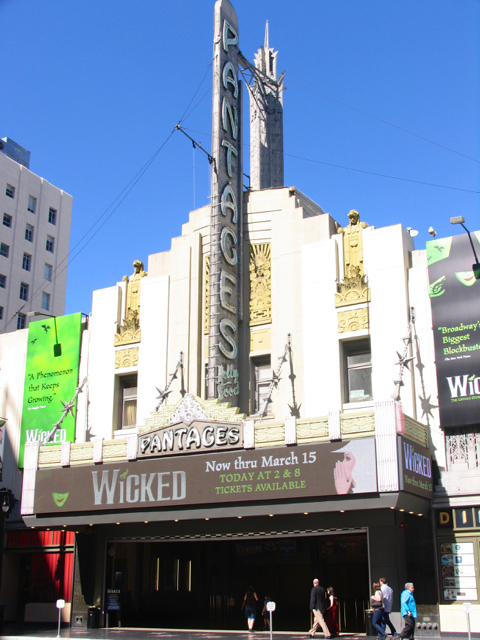 Start our Hollywood and Vine tour at this famous Los Angeles theater. Built in 1929-30 by Alexander Pantages, a theatrical impresario originally from Greece, this is one of the biggest “legit” theatres in L.A. It is the venue for many of the larger musicals that come to L.A., including The Lion King, Phantom of the Opera and Wicked and is a work of art itself. Designed very much in the Art Deco style that was popular at the time it still seats no less than 2,703 patrons. Pantages was forced to sell the theater almost as soon as it was completed, due to financial and legal difficulties, and it was later acquired by the eccentric billionaire Howard Hughes, who had his private offices upstairs. Fun fact: The Oscars Ceremony was held here for ten years, from 1949-1959. 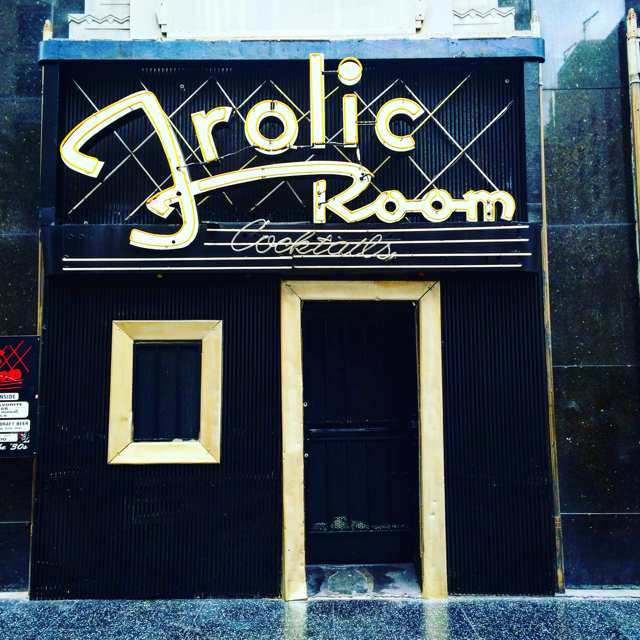 If you weren’t looking for this small bar, next to the entrance to the Pantages Theater, you’d probably miss it – which is why we’re sure you’re so glad to be doing our Hollywood and Vine tour! Verifiable history is often hard to come by where dive bars are concerned, but the Frolic Room has been going since 1934, when Prohibition was repealed – and almost certainly they were serving drinks before that! Poet Charles Bukowksi was a regular here and they read extracts of his poetry on Monday nights. Fun fact: The Frolic Room was a location in the movie L.A. Confidential. 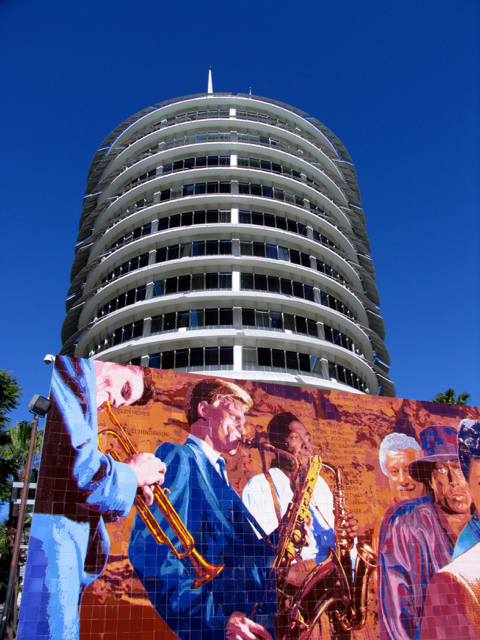 Capitol Records was the first west coast based music label, founded in Los Angeles in 1942. It was acquired by EMI in 1955 and, wanting state of the art studios to compare with their Abbey Road complex, the British company commissioned the Capitol Records Building. It was designed by Lou Naidorf (of Welton Becket Associates) and is one of the first circular office buildings in the world (designed in that way so that every office would have a great view). Below it are three recording studios – A, B and C and several echo chambers that create a unique sound. The first artist to record here was Frank Sinatra in 1956, just signed up to Capitol Records the year before, and since then the studios have been used by everyone from Paul McCartney to Kanye West. Fun fact: the blinking light on top of the tower spells out “Hollywood” in Morse code. 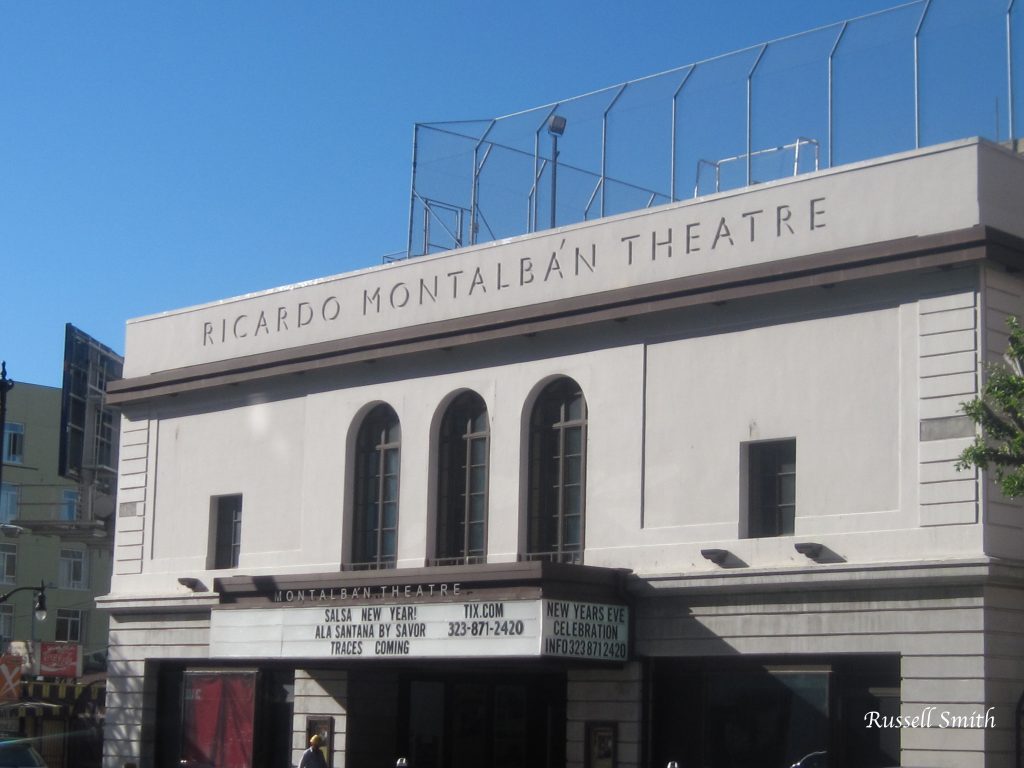 Ricardo Montalban was a well-known Mexican actor who appeared in many Hollywood films and Television series, from the 1940’s to the 2000’s (two of his last film appearances were in the Spy Kids trilogy). He founded an organisation called the Nosotros Foundation to advocate for Latinos in the entertainment industry in 1970 and in 1999 they purchased this theater. The theater itself was built in 1927 and was Hollywood’s first Broadway style theater. Howard Hughes (him again!) acquired the theater in the 1930’s and turned it into a movie theater. Later it was turned back into a theater and many stars appeared on its stage, including Cary Grant, who also tried to buy the theater (without success). Fun fact: during the summer the Rooftop Cinema Club show movies on the roof.

Pause your Hollywood and Vine tour here and enjoy Amoeba Music while it’s still around! It’s one of the few record stores left in Los Angeles. This particular store (the company has three others) opened in 2001 and, according the Los Angeles Times, “instantly became a Hollywood landmark”. It’s also unusual because of its size, boasting millions of titles, available in CD, DVD and good old vinyl. They also have a very respectable poster section – perfect for a memento of your trip to L.A. Fun fact: Amoeba organise free concerts here by well-known bands on a regular basis. How well-known? Ever heard of Paul McCartney? He played here at a surprise concert in 2007. 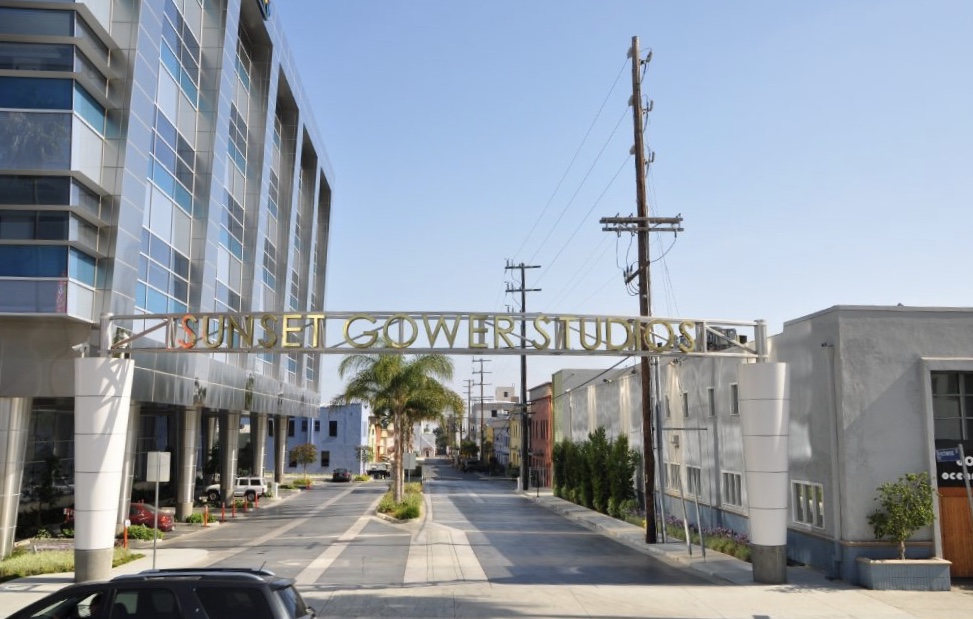 Hollywood – you’ve probably heard that they make movies there. And here you can see one of the movie studios that made Hollywood what it is. The studios on the corner of Sunset and Gower were originally built by movie mogul Harry Cohn, for his company Columbia Pictures, in 1918. At that time this part of Hollywood was known as Poverty Row, as the companies using these studios were smaller and made cheaper movies than the big Hollywood Studios. But old Harry knew a thing or two about making movies and by the thirties Columbia Pictures was one of the biggest players itself, due to movies like It Happened One Night (one of the first romantic comedies) and Mr Smith Goes to Washington, both of which were filmed here. Columbia Pictures was later bought by Sony Entertainment, but the studio complex had long since been separated from the company and now it’s a rental facility for film and TV production. Fun fact: Scandal and How to Get Away with Murder are both filmed here. 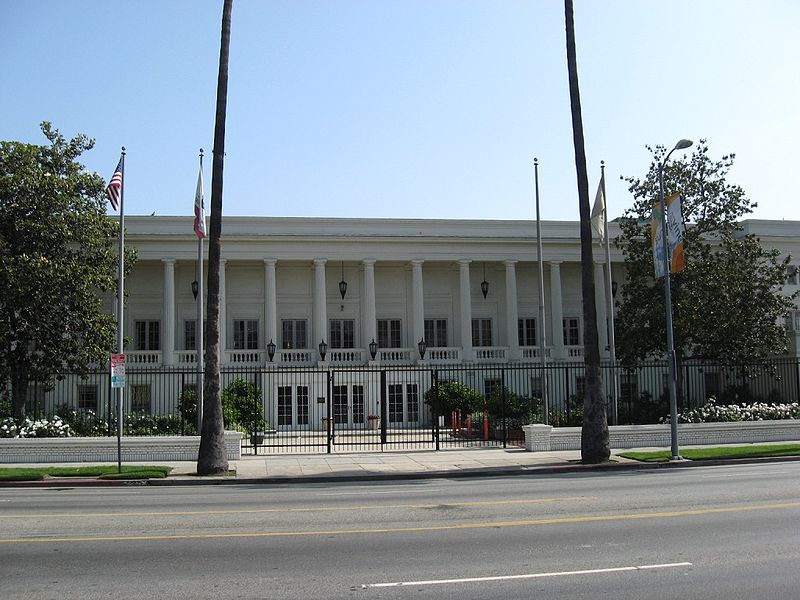 Last stop on your Hollywood and Vine tour, this studio was constructed in 1919 and was another one on the old Poverty Row. In 1920 it was bought by Warner Bros, who at that time were one of the smaller Hollywood production companies, and it was their main studio facility throughout the 1920’s. In 1927 they made a movie here called The Jazz Singer. It’s famous for being the first feature talkie (only about half of it actually had sound) and it’s also the first movie musical. But either way it was a phenomenal success and catapulted Warner Brothers into the front ranks of Hollywood Studios. Not long after that they moved their main production facility to the San Fernando Valley (where it still is, in Burbank). Sunset Bronson is now a rental facility for film and TV companies, like Sunset Gower Studios (the same company owns both studios). Fun fact: Netflix took over the studio in 2017.

Check our guide on places to eat in Los Angeles before/during/after your self guided Hollywood and Vine tour.